Namehero hosting is one of those little-known secret in the web hosting sphere. A Hosting company that has not gotten the traction that others giants enjoy (which might not be a bad thing), it nevertheless delivers where those same other companies fail. Namely speed, service and price efficiency.

Bluehost vs HostGator vs Namehero hosting

I thought I start this post the exact same way I intended to end it. By providing a general comparison between 3 hosting companies I personally used for the two websites I created (eazzychinese.com and ekagraji.com). There is no really comparison between them and even if the price tag catch your attention a bit of reading further down will reveal the truth as per my own experience. 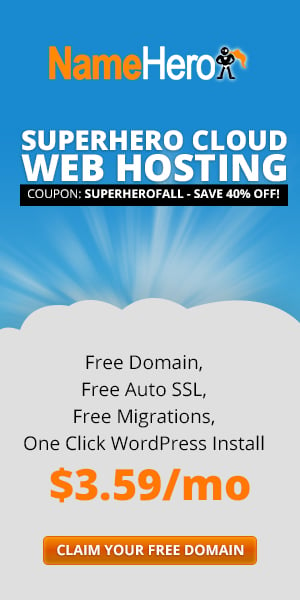 1. My world before Namehero hosting

Ever since I created my websites, I went through the whole process most suckers go through. In other words, I typed on YouTube “how to create my own website” and that’s where the machine for suckers started. I found a video that explained in details how I should go about the process and the need for me to first select a hosting company. Of course, and like for everything Youtube stamped with a “How to”; there is always an underlying catch that you might fail to grasp. That is, until you have had tones of experiences reading between the lines.
So, just like any of those who innocently drank the words of the preachers, I selected one company as my hosting one (their favourite colour being Blue). They delivered on the price and had a relatively interactive customer service, albeit one with people located in another part of the world and with standard answers.

Then of course the more I started to use the website the more I realised the limitations of my services. Indeed, one of the key metrics for a website is how fast it loads. And that’s where the issues began. I quickly realised my plans (a shared plan which meant I was sharing my website space with other people) would not deliver on my request for speed. Not only that, but the only options I really had to help me on that issue was to reduce the size of some pictures. After many interactions with that company, I realised that they would not be able to deliver on that request. I therefore decided to migrate my website to Namehero hosting.

If you check the tests made by Darrel Wilson on a bunch of webhosting companies, you will realise that Bluehost consistently average at 4 seconds. On the graph below you can see that on the one hand they have great consistency over time, but on the other hand the 4 seconds loading time is a downer. Especially when you consider that search engines like google scan for websites that load fast. Beside this test he made was on a relatively simple website. When you factor in the amount of content you put on your website and pictures/videos the time is way crazier than 4 seconds.

So, all in all, I’d say Bluehost is a very consumer type of webhosting. Meaning they deliver on a pretty simple promise of cheap hosting plans. They are therefore a good company for absolute beginners who want to try their feet to the world of web design. However, I would say Namehero hosting is far more superior to Bluehost and as far as price goes…keep reading.

On the following videos below, you will see that a guy name Darrel Wilson tested a bunch of hosting companies for speed and reliability. You will be SHOCKED that these hosting companies everyone talk about perform poorly versus Namehero hosting (bearing in mind that Namehero hosting is pretty price competitive). And, to avoid making the same mistake I made of following just one voice, you can also check-out this video by WpCrafter.com who has a completely different approach. And you will hear the same songs about these popular web hosting that have the same standard and poor performance.

Ever heard of the Russian idiom “keep treading on the same rake”. Well, it could have applied to me when I graduated from Bluehost and went straight into the gator’s mouth. Fortunately, it did not take me long to realise that strangely enough this hosting company had a very similar feel as Bluehost, especially in the customer service section. At some point the guys in one hosting service (Hostgator) managed to blunder the thing out and made a recommendation on the other hosting company I was still using (Bluehost). I then dug a bit deeper into the issue, then realised that both Hostgator and Bluehost belonged to the same company. And obviously it was time for some rationalisation from their end (you know this part where you “synergise” everything to gain in efficiency even if it leads to deficiencies for the customers).

My own end-user experience was corroborated by independent testing. As far as speed was concerned, I basically got the same answer as with Bluehost from their customer service. I was told that a 3 to 4 second performance was great (that was after the website took more than 10 seconds to load). Of course, I did not blame them for everything. I took responsibility for loading heavier pictures, but even after I had sorted these out, my website was still slow and sluggish. If you take a look at the comparative testing made by Darrel, you will see the website takes 7 seconds to load. And that’s probably on a website that has not had a huge amount of work loaded onto it. The graph below also show inconsistency with the load time which suggest a low quality grade.

Same as with the previous hosting company. If you want something cheap to play with, you can try them for a couple of years. But do not get your expectation high. Then again, what is cheap? In my book it’s the ability to get the best quality at the lowest price possible. So if quality is not there, can you really speak of cheap?
Oh, and by the way if you need validation, just head to the link I provided above. Darrel also ran the test with Hostgator and provided his recommendations. Let’s just say I am way more polite. 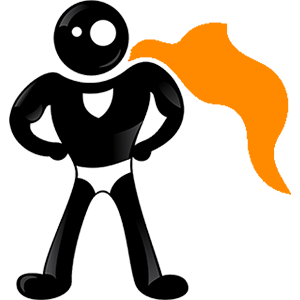 Luck had decided to be on my side this time. Indeed, when I watched both WpCrafter.com and Darrel videos on Youtube, I was still within the cancelation limit of my services at Hostgator. Both videos praised Namehero hosting, yet I still could not see that many positive reviews about the company. Then again, I was bemused that despite my own experience, companies like Bluehost and Hostgator still got positive appraisals. But digging a little bit deeper, I realised most of these reviews only focused on their price. Which in essence is not all you should consider when selecting a web hosting company. So, I took a leap of faith and switched everything to Namehero hosting, not expecting the best nor the worse.

Well, I can say that my experience with them has been pretty amazing. The feeling you get at first, is a bunch of cold tech guys and girls who want to dispose of you as quick as possible. I think, in some way that’s because they are pretty good and small issues that are trivial and that could be solved by the customers themselves might be a little burden to them. Then again, I had just switched from two hosting companies, who despite nice interfaces, were pretty average in the delivery of the good. If the good is not good, no matter of politeness or friendliness can make it good. A lot of my earlier requests were stuffs that my own laziness prevented me to tackle myself. Yet, they were great at making the efforts and give the correct recommendations.

So, as I proceeded with Namehero hosting, I realised they were very professional. They have a general customer interface that is there to sort out small issues. Then, once you have some serious questions you can load a request with their techy guys. And generally speaking, these guys always find a solution to my issues. They are also fast in their responses. I came to the realisation that they are very good. And if you want to see how they score on the speed and reliability test of Darrel Wilson, just head to the same YouTube video.

If you look at their testing scores, you will see that Namehero hosting consistently delivers the goods. They score high on the speed despite their share hosting status. And there are very few variations in their consistency over time (which is important because, you don’t want something great today but crappy the next few days). They also have a low downtime according to Darrel. As for my own experience is concerned (which is what I use to decide whether these recommendations worth anything), they are pretty good at delivering speed/quality, services and price.
You do need to do a few things in order to make sure you take full advantage of their great products, but all the information is given by WPCrafter.com in their subsequent video below.

The best as far as I am concerned in terms of quality, price and service. You can get more expensive programs that do the technical support for you. However, if price matters to you, you will realise that you have to learn some of these technical operations yourself.
In some way, I am not sure I really want to recommend Namehero. You know how the saying goes “Once they go mainstream…”. But that wouldn’t do them justice. When a good is good, you got to say it’s good.

In the following table I did a quick summary comparing Namehero hosting versus the other two I used. Well there is no really comparison.

December 7, 2020 No Comments
A Namehero review can only look heavily biased once you have become a user of their service. And there are great reasons for this. Indeed, not only they deliver in what matters for the well-being…
Read More